The following instrumental classes are currently offered to students:

The 5th Grade Beginning Band performs in the Christmas Concert in December and the End-of-Year Concert in May. This class only requires a small portion of time outside of school each day to reinforce the skills learned during class. Participation in 5th Grade Band will not interfere with other school events outside of the school day.

The 6th Grade Intermediate Band continues the fundamentals and principles of music learned in 5th Grade Band. During 6th Grade Band, some students on certain instruments will have the ability to try different instruments. Trumpet players will be allowed to audition for the french horn. Alto saxophone players will have the opportunity to audition for the tenor-sax or bari-sax. The Intermediate Band performs in the Christmas Concert in December and the End-of-Year concert in May. This group will also have the opportunity to attend a one-day music festival out of town in the Spring. Students in the 6th grade with no prior band experience may still enroll in the intermediate band. These students will require extra outside practice time.

The Junior High Band consists of 7th and 8th grade students. This group performs at more public events while continuing to develop fundamentals and techniques learned in previous years. The Junior High Band students compete in the Association of Texas Small School Bands (ATSSB) All-Region Band competition in December. This band also performs during a high school football game, the Christmas Concert in December, the End-of-Year Concert in May, and an out-of-town music festival, also in May. 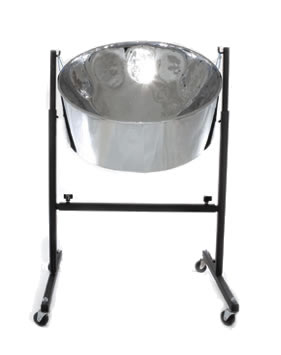 The MCS steel drum band, Mustang Steel, is the first of its kind in West Texas. The steel drums, also called steel pans, are native to the island nation of Trinidad and Tobago. Using hammered-out steel barrels, these instruments create a unique sound that is often associated with the Carribean islands. Mustang Steel rehearses during the high school band class. For more information about Mustang Steel, or the steel drums in general, please contact the MCS band hall at (432) 262-8185 or email Mr. Broome, Director of Bands. Please check this page at a later date for updated information about upcoming performances and how your student can be involved with Mustang Steel!