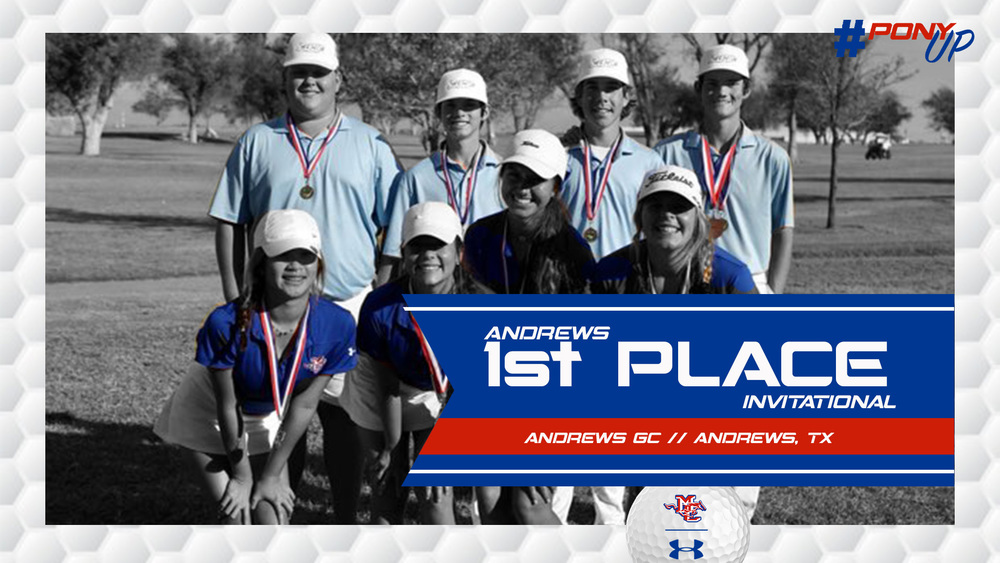 It was another sweep for Midland Christian Golf over the weekend as both the boys and girls won the Andrews Fall Invitational. The girls team shot a total of 690 and won by 60 strokes. All four MCS girls placed in the top 10. Rylie Rodriguez won the tournament with a total score of 152. Sammy Setiadarma placed 5th (173). Tatum Fleming tied for 8th place (181). Jaz Highley finished in 10th place (184).

The girls won all four tournaments they competed in this Fall. Midland Christian scored 653 to win the Seminole Invitational, scored 673 to win the Rockwind Roundup in Hobbs, and scored 666 to win the ECISD Invitational in Odessa.

The boys have won back-to-back tournaments this Fall. The Mustangs shot 609 to win the Seminole Invitational.