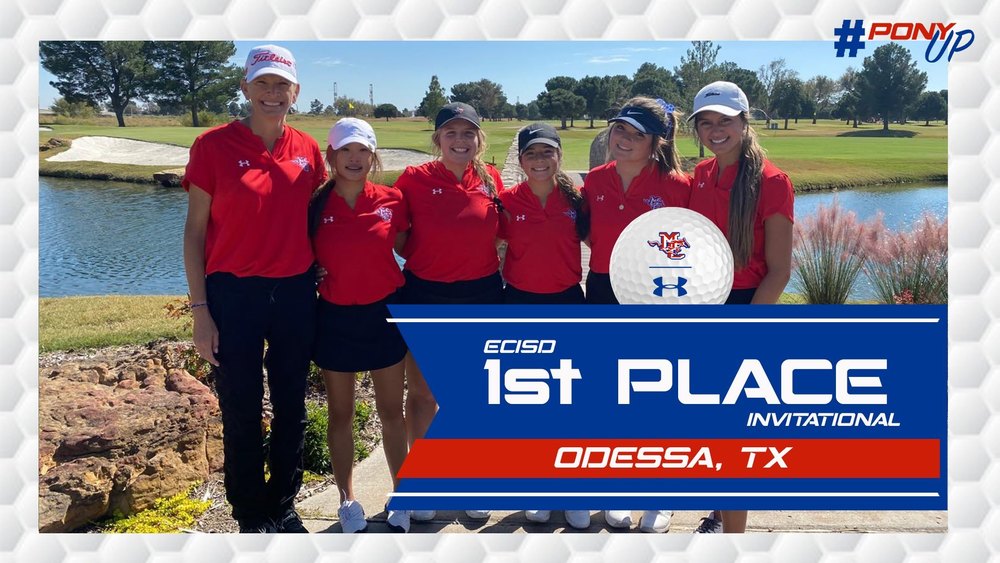 The MCS Girls Golf team picked up another tournament trophy by winning the 2021 ECISD Fall Invitational. The team led the pack after day one with a total score of 345.

The Mustangs shot even better as a team on day two and combined to improve by 24 strokes with a 2nd round score of 321.

This is the second tournament the Mustangs have competed in this Fall, and Midland Christian has won both of them. The first tournament win of the season was in Hobbs, NM at the Rockwind Roundup on October 2, 2021.